In the middle of nowhere

“…Your sword can be a sermon
Or the power of the pen.
Teach every child to raise his voice
And then, my brothers, then
Will justice be demanded
By ten million righteous men?
Make them hear you.
When they hear you
I’ll be near you again!”
-Ragtime
Music: Stephen Flahert
Lyrics: Lynn Ahrens 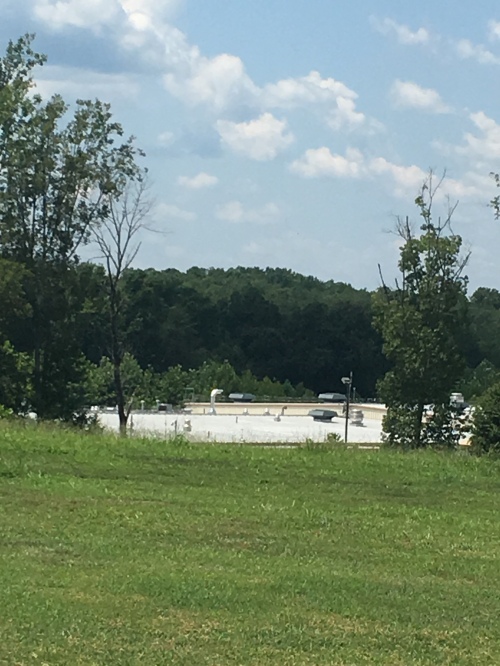 It was in the middle of nowhere. West of Richmond. South of Charlottesville. East of Lynchburg. I would never have found it if I hadn’t had a GPS (and a map when I lost cell service!) It was hot and sticky. The sun was merciless. The stole around my neck was damp with sweat and felt so heavy.

I met up with members of Pullen Memorial Baptist Church from Raleigh, NC in Farmville, Virginia. As a sister church in the Alliance of Baptists, they responded to a challenge from their pastor, Rev. Nancy Petty, to bear witness to the incredible human suffering in these camps. I joined them and other Christians that summer morning to demonstrate the extravagant love of God. A God who welcomes. A Savior who stands up for the marginalized, who cares about refugees. 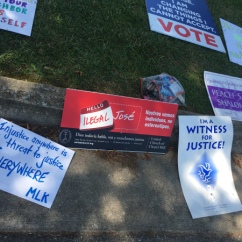 I had other things I could have done that day. I chose to crawl out of bed at 6 a.m. on a Saturday morning. (Crazy, right?!) But with a strong cup of coffee, and the prayers and blessing of my church and my family, I hit the road.

After a short prayer vigil with the entire group, I drove with other clergy to pray at the prison’s training center. We held hands. We prayed. We asked For God’s Spirit of mercy and compassion to touch the hearts of those who decided to work there. We prayed for the Spirit’s conviction on churches who not only refused our group hospitality, but whose members are among those working at the prison.

We were told that 700 people are detained in Farmville. 700 people removed from their families, their homes, their jobs. 700 people who are not criminals. They are not “illegals.” They are seeking asylum. They were forcibly detained when ICE raids scooped them up and brought them here. Many were in process with their petitions… for a safe place to live and raise their families.

No one chooses to go an ICE detention camp, except for perhaps some Christians who want to draw attention to the detainees’ plight. I made the 3.5 hour drive because I believe it is important to call out injustice. I believe my faith in Christ requires standing up “for the least of these.”

We did not gain access to the detention center to talk to any of the detainees. I’m pretty sure the detainees didn’t even know we were there! But God knew. God knows them by name. God hears their cries and holds their prayers. God sees the injustice. And God will hold us accountable for not seeking justice for them.

We prayed as we marched. We sang. We interceded for the detainees and the guards. As we were leaving, walking back to our vehicles in silence, a guard videotaped us. (No doubt he was recording us for identifying us via facial recognition software!) I raised my hand and blessed that guard, making the sign of the cross. May he bear the full conviction of his actions in his heart.

On the outskirts of Farmville was “The Church of All Nations.” Since the local churches refused our group hospitality, I had to wonder… ALL nations? Or just light-skinned ones? How do these churches justify their inaction? How do they stay numb to the suffering in their midst? I made the long, sobering drive home reflecting…

I realized that in my comfortable suburban home, it’s far too easy to look the other way.  I frequently forget those who live ever wary of ICE raids. I don’t have to worry because my German-Irish roots and Midwest accent are a free pass. My whiteness means I’m not identified as a potentially unauthorized immigrant. I don’t have to carry around my passport to prove I am a US citizen.

One thing I do know. Justice work is tiring and inconvenient. It is not done for attention or publicity or to create a scene. Justice work is meant to bring a voice for the voiceless, to remind us of rights we have, that others are denied. It is a Calling. And it is following the way of Christ.

Matthew 25:40 (NRSV)
And the king will answer them, ‘Truly I tell you, just as you did it to one of the least of these who are members of my family, you did it to me.’ 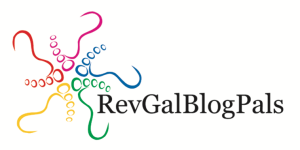