I am a fan of weathered rock. I love to study it, run my fingers over it, and see how the course of a river has pounded new shapes and smoothed the rough edges of the bedrock. I ponder the slow, sure and steady pace of water as it works the rocks into a smoother surface. Maybe that’s why I take so many pictures of rivers and currents… 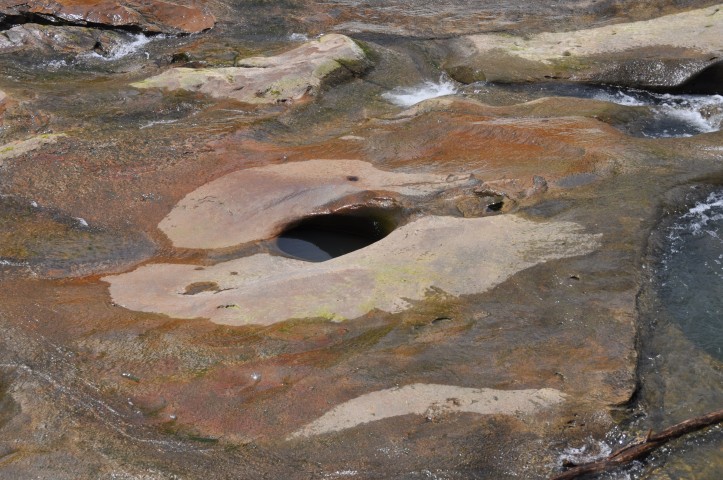 I was mesmerized by the current of the Youghiogheny River (central Pennsylvania.) The shaping force of water reminds me of the diligent and persistent work of the Spirit. I can re-direct it, store it and even try to dam it up. But the change, the relentless power is there, even when I don’t realize it. 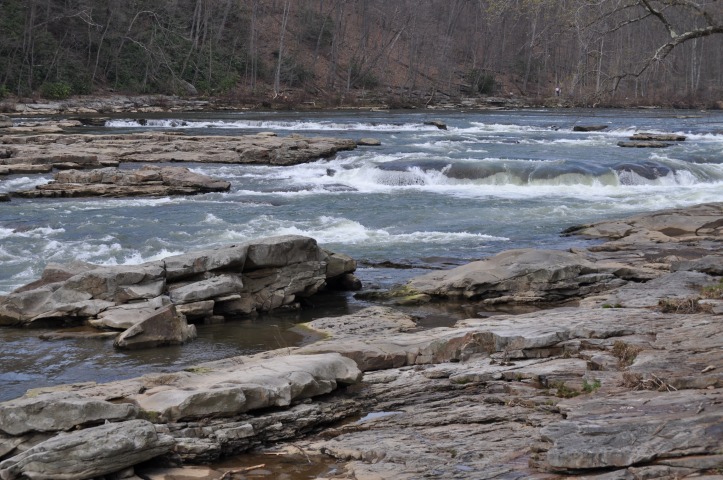 Sometimes it is difficult to see where God has been working in our world. When our circumstances shout louder than the care and oversight of God, we forget. Or we don’t read the clear signs that God IS at work, and more importantly, HAS BEEN at work. It’s not short-sightedness as much as not seeing God’s intentional involvement in human history. For me, sometimes it is a matter of noticing how God has acted over time, reshaping and molding me in my life’s work.

So it is with this passage from Luke 1. Zechariah, a member of the priestly class, burst into praise at the birth of his long-awaited son, John. He broke a months-long silence in this psalm of thanksgiving. His words recall God’s care and provision. He celebrates the promises of God, fulfilled over time in ages past, and the miraculous, joyous fulfillment of the present. And in true prophetic fashion, not reneging on God’s faithfulness in the past, he declares the work of God yet to be accomplished in the future.

“Bless the Lord God of Israel
because he has come to help and has delivered his people.
He has raised up a mighty savior for us in his servant David’s house,
just as he said through the mouths of his holy prophets long ago.
He has brought salvation from our enemies
and from the power of all those who hate us.
He has shown the mercy promised to our ancestors,
and remembered his holy covenant,
the solemn pledge he made to our ancestor Abraham.
He has granted that we would be rescued
from the power of our enemies
so that we could serve him without fear,
in holiness and righteousness in God’s eyes,
for as long as we live.
You, child, will be called a prophet of the Most High,
for you will go before the Lord to prepare his way.
You will tell his people how to be saved
through the forgiveness of their sins.
Because of our God’s deep compassion,
the dawn from heaven will break upon us,
to give light to those who are sitting in darkness
and in the shadow of death,
to guide us on the path of peace.”
Luke 1:68-79 [CEB]

Exercising the discipline of praise brings perspective. It also puts the credit where it is due – on God’s work, God’s faithfulness, God’s provisioning. It’s pretty hard to boast in “my” stuff when I see how much of it is really because of God!

During November, I posted on Facebook either a picture or a statement of thankfulness to God. It was an exercise in making the US holiday of Thanksgiving a month-long event, instead of a 12 hour exercise in gluttony. It was a wonderful discipline; (one that I am sure I will do again!) Looking back at the ways that I have been blessed gave me renewed appreciation for the people, events, and “things” that surround me. It also made the God I worship seem much more powerful. 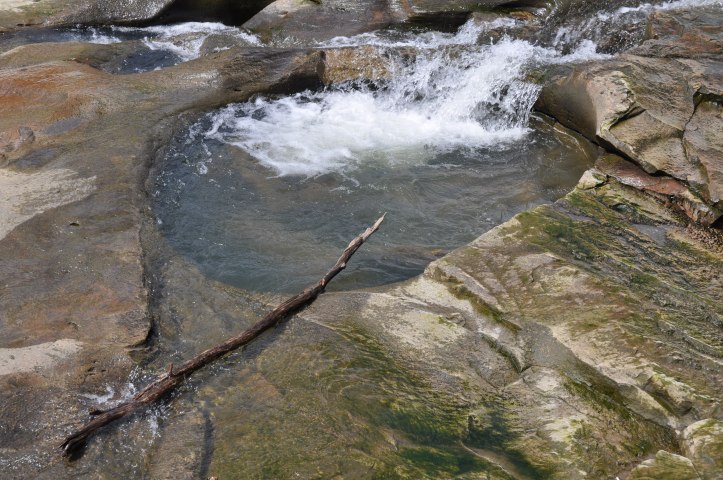 In a headlong rush to get to Christmas, we forget the power of the Advent season to bring us to a place of contemplation. Don’t let the current of anticipation sweep you away. Spend a little time in the reflecting pool, thanking God. Never fear, the Spirit will sweep us onwards towards Bethlehem. But for this week, sit with God and see where the Spirit’s current has been, and where it will lead.